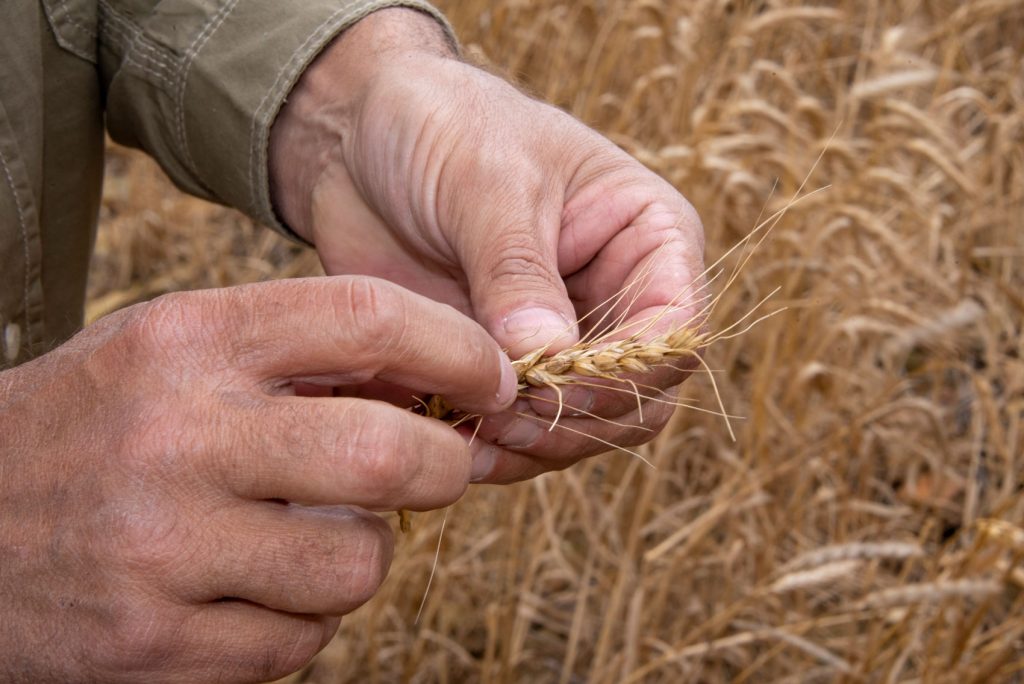 It was a particularly grey and blustery day as we watched the harvesters weave their way through the sun-ripened fields of wheat. Blonde plumes of dust and straw punctuated the dramatic skies all around us. For the past couple of weeks Dirk van Papendorp and his team have been harvesting the various crops which are rooted to the undulating slopes of his Voorstekop farm, just west of Heidelberg, one of the bread basket regions of the Southern Cape. This year he had 700ha of wheat (gmo-free) under cultivation, but the harvest wasn’t what they had hoped for.

“It’s been a tough couple of years,” Dirk exclaimed, “poor late season rainfalls resulted in lower than average wheat yields.” Low rainfall has plagued many parts of South Africa this year, some areas being ravaged by prolonged drought and agricultural production across many sectors is down as a result. Dirk is better able to cope with the financial losses of a bad crop than those farmers in the region that rely solely on crop farming. This due to the fact that he still combines crop farming with livestock farming (small scale dairy and sheep farming with strategic grazing practices). Dirk went on to say however, that most farmers in the region are far better equipped to deal with severe environmental factors such as drought, flooding and wind damage, since adopting Conservation Farming practices.

Conservation Farming is built on three primary pillars, namely, minimum or no tillage, cover crops and crop rotation. Before the introduction to these farming methods, many farmers learnt the hard way and often suffered severe losses. Many of the farming techniques used by Dirks father and others of his era proved totally unsustainable over the long-term and farmers crops were extremely susceptible to adverse weather conditions, weeds, pests and diseases. Farmers in those days employed the tillage system, but over time, these old school farming methods led to a total degradation of the soil, which meant that famers were needing more and more fertilizers, herbicides and pesticides to produce decent yields. Dirk explained that farmers that worked the land before him did not realise that tilling was in fact wreaking havoc on the delicate micro biomes of the soil.  They now understand that keeping all those critters in their place is vital to their success as farmers.

Conservation farmers also leave the crop residue on the land, a practice referred to as stubble retention. This has myriad benefits, such as water infiltration and moisture holding capacity of the soil, reduced evaporation, increased organic matter, protection and sustenance of microorganisms. Stubble retention also helps to buffer the wind and decrease erosion. 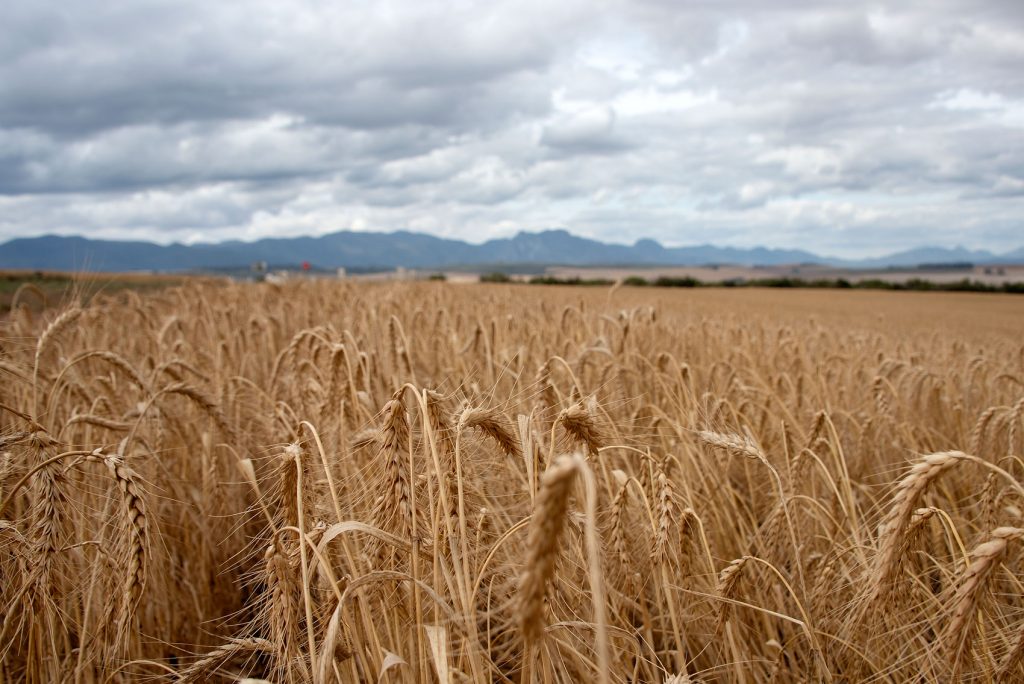 We walked slowly through the stubble strewn fields, while Dirk gave me insight into these various farming practices. Mid-sentence he bent down and pulled out a piece of the wheat stubble left in place after harvesting. Despite the dry conditions, the soil held together in a big clump around the root and exuded the heady scent of rich organic matter. He told me that it took several years to revive the soil after he adopted conservation farming throughout his farm, but eventually the health of the soils returned and because of this, fewer chemical applications are now required. Dirk and many of the conservation farmers in the region are now far more in-sync with the nature than ever before, and no longer use controversial products such as glyphosate (Roundup) on any of their crops.

Another important farming technique is crop rotation, which helps to break the cycle of diseases that are often associated with monoculture farming practices. Some crops also help to fix nitrogen into the soil which aids the overall health of the follow-up crop.

It was utterly fascinating to listen to the joys as well as the trials and tribulations of Dirk’s life as a third-generation farmer and I sensed a genuine passion behind his steely blue eyes. Growing up barefoot and sun-kissed and having the opportunity to explore every inch of his family’s farm as a child, has given him a deep and intimate connection with this land and his successes and his failures over many years working this farm has afforded him a profound understanding of the economy of the land.

Life as a farmer is constantly evolving and Dirk is passionate about progress. He recently returned from an extensive trip around the US, where he met with famers, seed breeders, millers and bakers, gaining invaluable knowledge of current trends, particularly in the wheat sector. Ancient heirloom grains are making a comeback as they have been found to be healthier and more nutritious that the cultivars currently in mainstream wheat production. Dirk hopes to start experimenting with some of these healthier heirloom varieties in the future. The use of stoneground flour is quickly gaining momentum worldwide and the culture of real bread, made the time-honoured way, is on the rise.  These are indeed exciting times to be a farmer, a miller and an artisan baker.

Eureka Mills would like to take this opportunity to thank Dirk van Papendorp and all those hard working, salt of the earth famers of our region for their daily toil and dedication to their craft.

All those golden wheat kernels that have been harvested over the past few weeks are now on their way to our mill…soon to be stone ground into wholesome, unbleached Eureka Mills Flour.