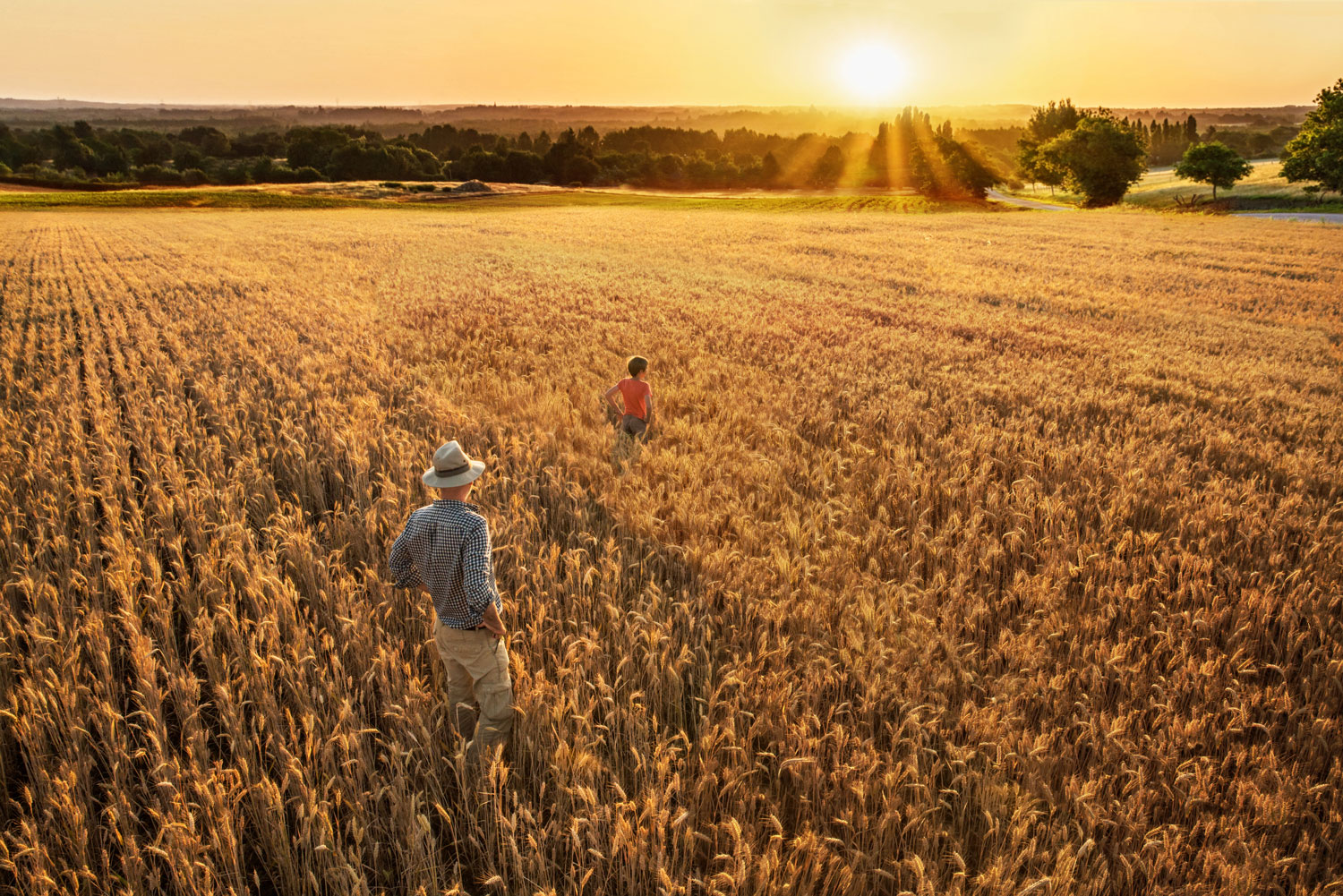 There is a growing hunger for quality bread as people turn away from the homogeneous, mass produced loaves which line the grocery store shelves. In essence, we are merely returning to our roots, to a time when bread was made the way it ought to be – by combining just stone-ground flour, water and salt and then left to undergo a slow fermentation before being baked. Made this way, bread is a wonderfully nutritious food.

When you sink your teeth into that heavenly slice of robust, wood-fired artisan bread, have you ever spared a thought to the journey of this ancient grain, from seed to table? To the dedicated farmers who work the sinuous fields of wheat ripening under the African sun; to the miller who gently grinds the grain so that all of its inherent goodness remains intact; and to the baker who employs various time-honoured techniques to turn stone-ground flour into this remarkable staff of life.

When you delve into the journey of wheat, you will begin to appreciate what it takes to make that perfect artisanal loaf.  The first link in this bread chain is the farmer – one who respects and intuitively understands the delicate processes of the natural world.

Adriaan Steyn is one such farmer. His farm is situated in the picturesque Heidelberg region of the Southern Cape and has been in the family for three generations. Throughout this region, many thousands of hectares of arable land are dedicated to the production of wheat, along with various other crops. While farming certainly runs through Adriaan’s proverbial veins, his farming philosophy is worlds apart from that of his forefathers. Not only has Adriaan moved away from  sheep farming and alfalfa crop farming that his father and grandfather practiced, but he, along with many other farmers in the region, has adopted a far more contemporary approach to working the land, in what is referred to as ’Conservation Farming’. While many of the neighbouring farms still combine livestock (with strategic grazing) and crop farming within this system, Adriaan has chosen to focus solely on the continuous, rotational cropping of wheat, barley, canola and lupines.

Many farmers have learnt the hard way that the intensive agricultural practices of the past were causing the land to become susceptible to erosion and extreme weather conditions and were simply not sustainable on either a financial or an environmental level. Tilling the land caused the depletion of precious topsoil and over time, the soil was becoming increasingly nutrient deficient , requiring more and more fertilisers in order to maintain a profitable yield. Growing awareness of the myriads of problems associated with these chemical-intensive methods of farming, together with ineffective farming techniques has led to a huge shift in the way farmers  view the environment. Conservation Farming essentially aims to increase crop yield and quality, while at the same time maintaining soil health and the long term productivity of the land, minimising runoff and erosion, maintaining soil moisture and improving overall conditions for plant  growth.

Adriaan was heavily influenced to switch over to Conservation Farming back in early 2001 when he noticed that one of the neighbouring farms using this method enjoyed a significantly superior yield. Conservation farming systems include no- tillage or reduced tillage practices. The old school method of tilling the soil proved extremely ineffective for maintaining soil moisture and overall crop health. By not tilling the soil and leaving the stubble of the previous crop, the organic matter levels of Adriaan’s farmland have significantly increased over the past 15 years, along with improved soil structure and fertility. The proof is in the pudding so to speak and since changing over, he hasn’t looked back.

In an ideal world, farming organically (without the use of any synthetic chemicals) is best for the health of the environment and for its people. However, farmers are faced with a multitude of pest and weed issues that threaten their crops and are thus forced to use certain herbicides and pesticides when necessary. The good news is that Conservation Farming has led to a drastic reduction in the need for these practices and farmers are finding that soil conditions and crop yields are increasingly improved as well as being less sensitive to the erratic weather conditions of the Southern Cape. Even during times of drought, farmers using this method are still enjoying decent yields.

Crop rotation is another extremely important practice of Conservation Farming. While wheat and barley have very short root systems, canola has a long tap root and by planting this crop it helps to loosen the soil and also helps to break disease cycles. Farmers have also introduced lupines into their planting strategy, as this plant naturally builds nitrogen back into the soil. It is all about maintaining that important balance found within nature. “The lupine crop has no financial benefits and actually costs about R5000 per hectare to plant, but it is all about the bigger picture. It is my way of giving back to nature”, says Adriaan.

Not only are the yields better using the Conservation System, but the actual nutrient value of the grains are markedly higher. The main compositions of grain are carbohydrates (energy), protein, lipids, mineral, fiber, phytic acid, and tannins. It varies significantly depending on the type of grain, genetics, varieties, agricultural practices and the handling of the grain. There are six grades of wheat, and most of Adriaan’s wheat crop falls within the top three grades, namely B1, B2, B3. The reason that part of his yield falls within the B2 & B3 grade is due to the fact that the wheat is harvested during the rainy season and this can sometimes adversely affect the quality of the wheat. Wheat with a higher protein value leads to a superior quality of stone ground flour, which in turn leads to a higher nutrient value of the an artisanal loaf.

The benefits of Conservation Farming are clear. “My outlook on farming is a simple one,” Adriaan says, “one of the little children in this house is going to have to farm this land and if I am not going to do it right, they will not inherit viable land. That is the bottom line!”